In this weeks report, we reveal all on a ransomware hat-trick, with a New York airport, a Florida medical centre and foreign currency giants Travelex all being hit by a ransomware attack.

The IT systems of foreign currency exchange giants, Travelex were forced to shut down due to a ransomware attack that took place around New Year’s eve.

The attack has affected high-street banks including Lloyds, Barclays and the Royal Bank of Scotland, also affecting supermarkets Sainsbury’s and Tesco – all who get their foreign currency via Travelex.

Reports indicated that a ransom demand of £4.6m was made by the Sodinokibi hacking group, threatening to release customer sensitive data unless the demands are met.

Two weeks on, and the currency website is still down, stating they are in discussions with the National Crime Agency (NCA) and the Metropolitan Police who are conducting their own criminal investigations. 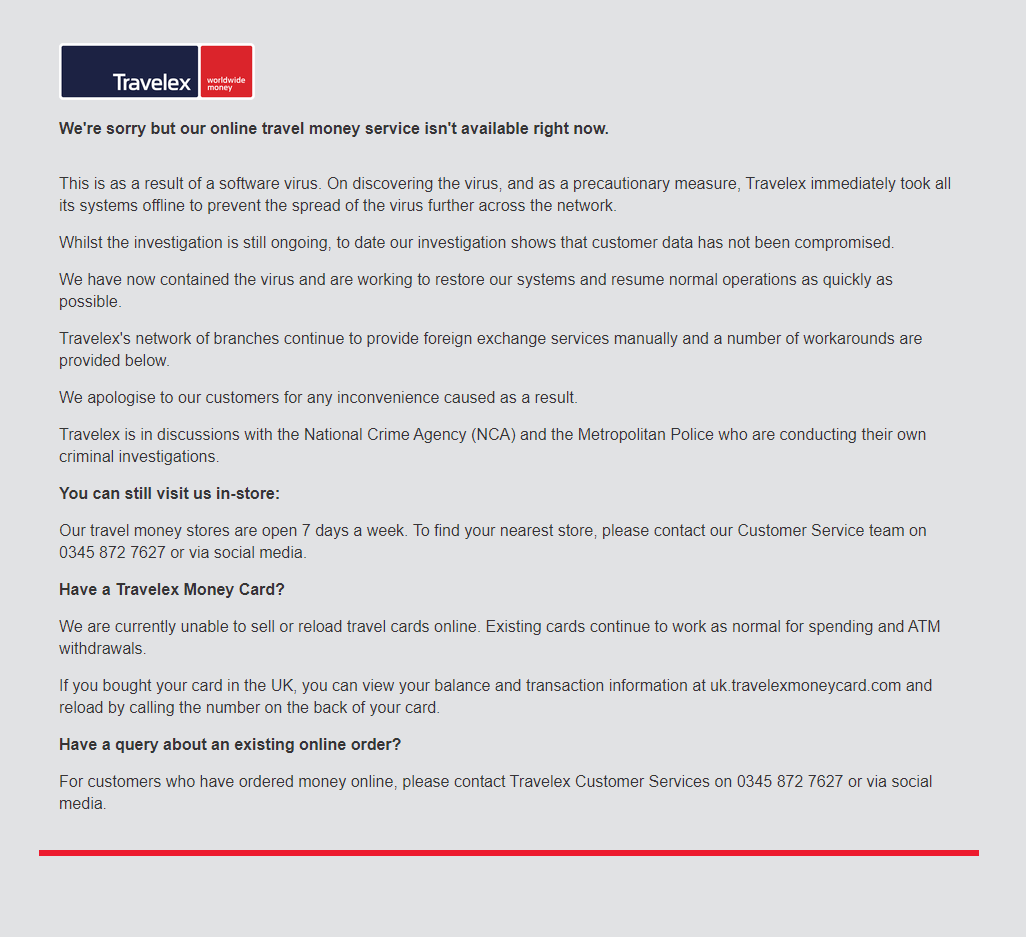 It is reported today (Monday 13th) that some IT systems are being switched on for the first time since the attack, but the UK and US websites will remain inactive until further notice.

We’re proud to announce that we’ve partnered with some of the world’s leading technology experts to bring them to the banks of the River Tyne for what is set to be the North East’s ultimate cybersecurity event.

Taking place on Wednesday, March 11th, over 150+ business leaders, IT and cybersecurity professionals will rub shoulders and discuss all things cybersecurity at the famous Baltic Centre for Contemporary Art in Gateshead, Tyne and Wear.

It is believed the attack originated the maintenance of its servers via their MSP, allowing hackers to gain access to its servers and encrypt files.

Whilst its believed no personal or financial details were affected, a ransom was paid, believed to be under 6 figures with the encryption key sent to the airport within 2-hours of payment.

It’s a hat-trick for ransomware on this weeks update, with hackers managing to infiltrate the network of a Florida medical centre.

Florida’s Center for Facial Restoration has confirmed that hackers have managed to take control of its servers but also has the contact information of patients, and reports state that hackers have contacted individuals asking for ransom, threatening to release their personal medical files if unpaid.

The clinic says it is working with the security experts and the FBI to resolve the issue.

Philip Docherty
Just as passionate about marketing and design as he is about his beloved Newcastle United,
Philip is responsible for Advantex’s Marketing across the globe.
philipdocherty.co.uk
Global Cybersecurity Experts Head to the North East
Advantex Weekly Threat Report – January 6th, 2020